Behind the scenes: Emirates’ ad on tip of Burj Khalifa 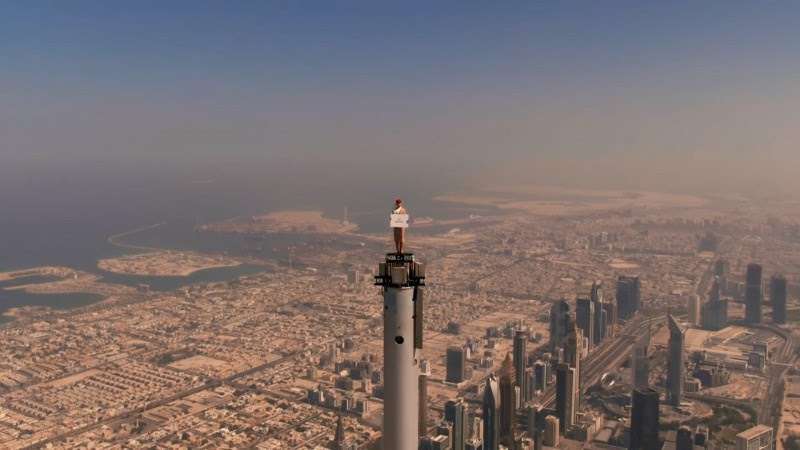 What do an Emirates Cabin Crew, Tom Cruise and the Crown Prince of Dubai have in common? Emirates’ latest ad features its cabin crew on the tip of the Burj Khalifa, joining an elite group of individuals.

Emirates is no stranger to bold advertising but its latest commercial takes it up a notch. The new advertisement features an Emirates cabin crew member in full uniform standing tall on the tip of the Burj Khalifa by Emaar at 828 metres above ground. She joins only a handful of individuals who have had the privilege to stand at the pinnacle of the world’s tallest building – including Tom Cruise and the Crown Prince of Dubai, H.H Sheikh Hamdan bin Mohammed bin Rashid Al Maktoum.

The 30 second clip opens with a close up of the cabin crew holding up message boards in a nod to the famous scene in the 2003 cult hit “Love Actually”. As the camera pans out, audiences soon find that the crew, with her iconic red Emirates hat and uniform, is actually standing at the very top of the Burj Khalifa by Emaar, giving audiences a panoramic view of Dubai’s skyline. The behind the scenes edit can be viewed here, on Emirates YouTube channel and across the airline’s other social media channels.

“We always look to challenge the norm and push boundaries at Emirates. We do it every day through our innovative services, our best in class product and of course through our advertising. The calm and confidence of the cabin crew you see in the ad is an embodiment of our frontline team, serving travellers and ensuring their safety. We’re proud to be among a privileged few who have been allowed to film at the top of the Burj Khalifa by Emaar; and even prouder that we get to showcase our beautiful city, Dubai,” said Sir Tim Clark, President Emirates Airline.

The ad was filmed without any green screen or special effects and was the result of rigorous planning, training, testing and a strict safety protocol. At the pinnacle of the building, the main protagonist had a reduced circumference space of only 1.2 metres at 828 metres high to pull off the stunt. A casting call was put out to Emirates’ very own cabin crew team and while there were some willing and capable candidates, a professional skydiving instructor was cast to ensure the highest levels of safety.

Throughout filming and in preparation of the shoot, safety remained the main priority. A custom platform with an attached pole was built at the top for the protagonist to stand on. She was attached to the pole as well as two other different points directly to the pinnacle, through a hidden harness under the Emirates uniform.

Filming started at sunrise to catch the golden hour light and the team, including the main star of the ad, began their ascent to the pinnacle before sunrise. The climb took 1 hour and 15 mins from level 160 of the Burj Khalifa by Emaar and the team had to scale several tiers and ladders inside a tube to reach the top. The team was at the pinnacle for around 5 hours with the stunt woman, wearing a safety harness under the Emirates uniform secured to a custom-made platform that was attached directly to the pinnacle. A single drone was used to capture the footage in a continuous take to film the complete sequence.

At 828 metres above ground this marks one of the highest ads ever filmed and was conceptualised and directed by Emirates’ in-house brand team with the help of Prime Productions AMG, based in Dubai.

The ad will be adapted for several markets across the Emirates network, incorporating relevant messages for different audiences. The first TV campaign will run in the UK. 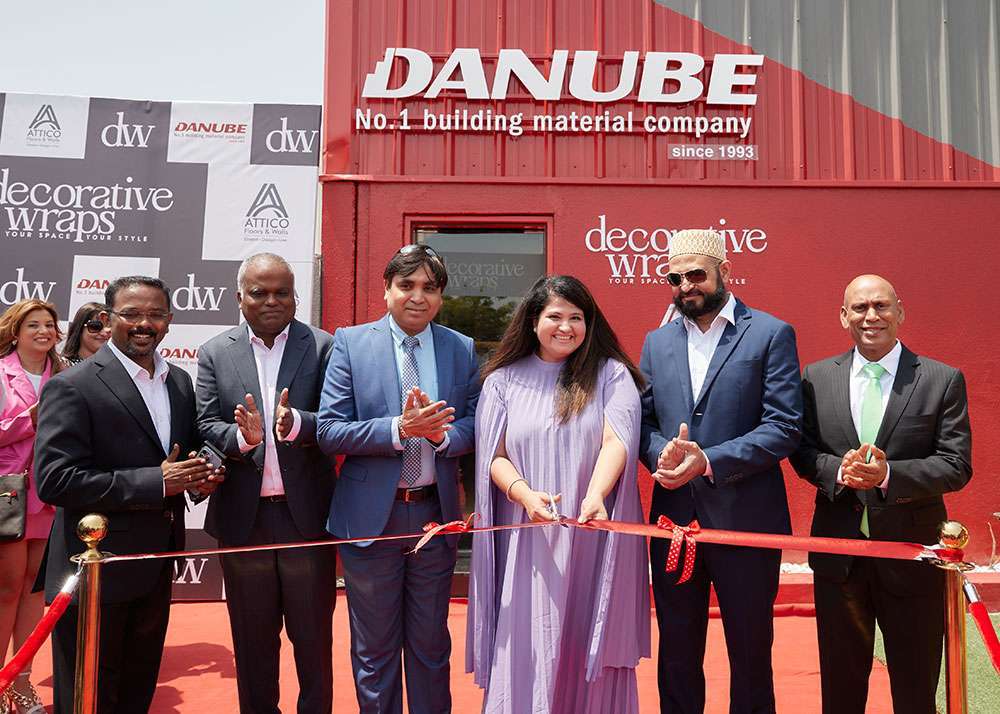