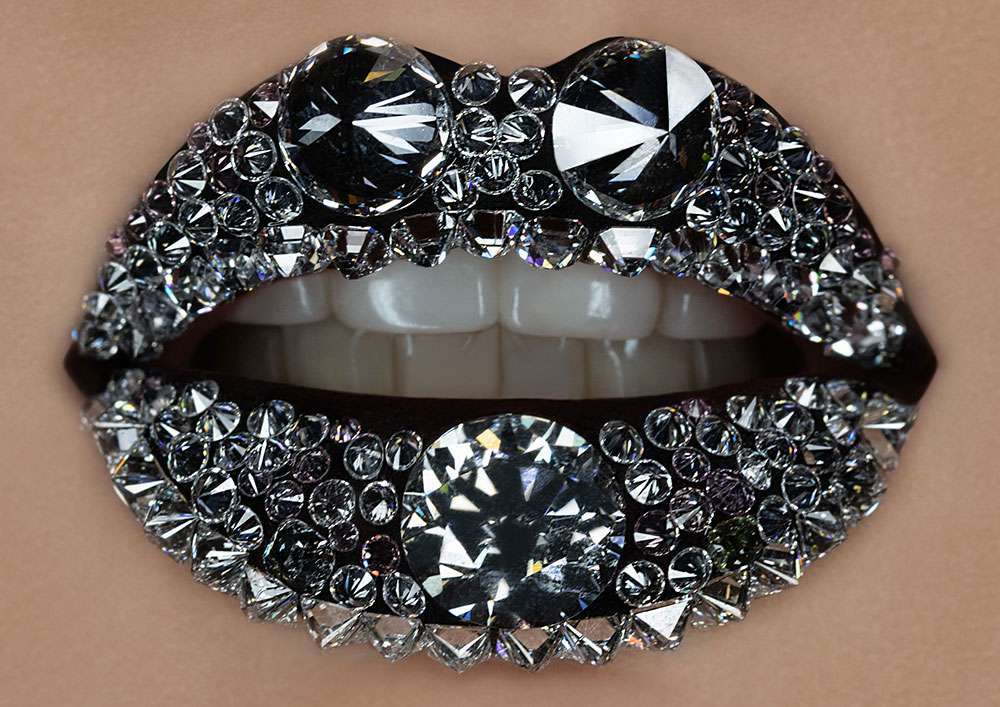 The spectacular artwork created from 126 diamonds with a carat weight of 22.92ct, made headlines across the world after being valued at an incredible $540,858.59 (USD). This is likely the first NFT from a Guinness World Record (TBC.)

Charlie Octavia’s love for lip art started from her fascination with human faces and her love of creative expression of makeup. Charlie conceptualized and executed the publicity stunt with the help of her team for an Australia- based jeweller, Rosendorff Diamonds.

How was the entire experience like to model for lip art? “It was pretty nerve wracking, the make-up artist took over three hours to execute the art work, meticulously placing 126 precious stones in the correct place. A layer of black matte lipstick was first applied, thereafter each diamond was meticulously placed on the lips by make-up artist Clare Mac by using false eyelash adhesive. For myself as the model, sitting still and not cracking a smile (despite the large crowd of onlookers attempting to make me laugh) was the most difficult part of the process. Thankfully, it wasn’t painful at all, but having to return the diamonds definitely was!”, Charlie jokingly admits.

With the diamonds being so expensive, a police officer was deployed on site to avoid any problem. After the attempt, Octavia was taken back to the jeweller’s vault, where each diamond was removed by Craig Rosendorff himself. Rosendorff said that preparations sticking to guidelines were the most difficult part of the event.

When asked how it feels to have achieved such a spectacular feat, Charlie says, “I don’t think it’ll ever sink in. It’s such an amazing accomplishment and one that I am extremely proud of. It took a great deal of effort to create both create the lip art and achieve the record. To have once had the “Most Valuable Lips” in the world is so surreal!”

Designed as part of Rosendorff’s 50th anniversary, the luxurious lip was the result of countless hours of research, preparation and execution. The end result of the stunning diamonds juxtaposed against the jet-black lips has been viewed across the world, and now, the striking artwork is on sale as an NFT.

In recent months, the rise of Non-Fungible Tokens has been hard to miss. From the world’s first tweet to a song created by Elon Musk, these unique items are transforming the world of art. For fans of art and luxury items, the new NFT from Charlie Octavia gives them a chance to own this iconic image.

“I’m really excited to be launching the image as an NFT. The image has gone viral across the world. I’m really proud of the image, so much work went into the creation of the art and meeting the requirements of the Guinness World Records. I hope whoever buys it loves it as much as I do.”

Available to purchase now, Charlie will be donating a portion of the sale to charities that support the women and children who are victims of domestic violence. 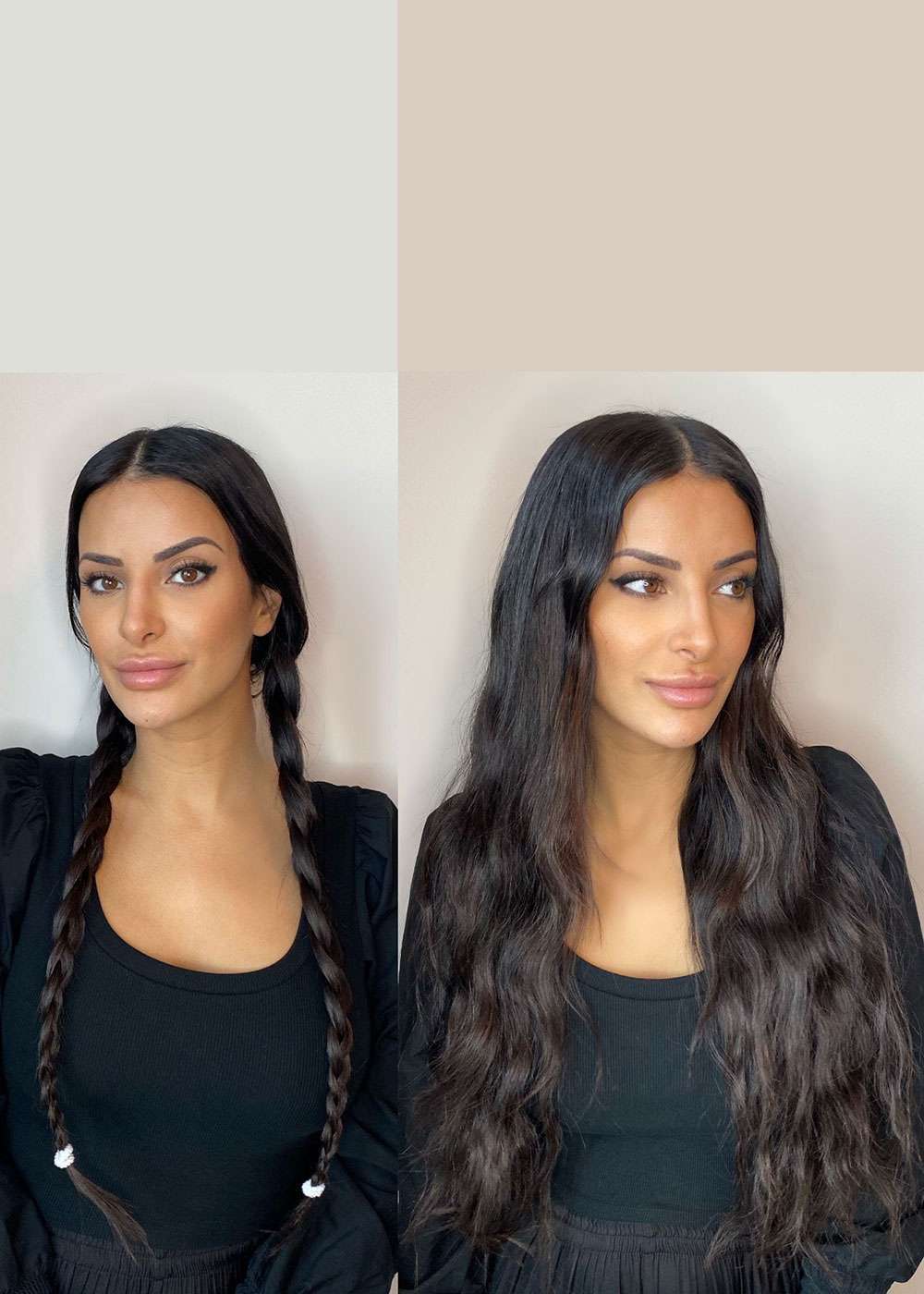 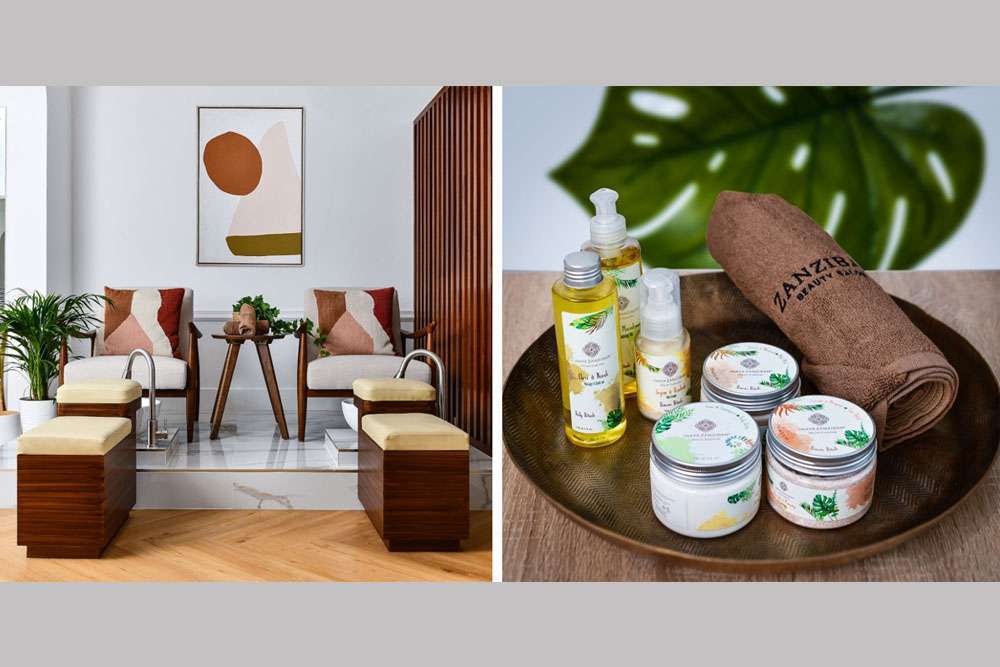 Treat yourself to delicious food at Beresta in Downtown Dubai

Salon du Chocolat comes to Dubai for the first time

Scarlt announces the launch of its luxury Eid collection