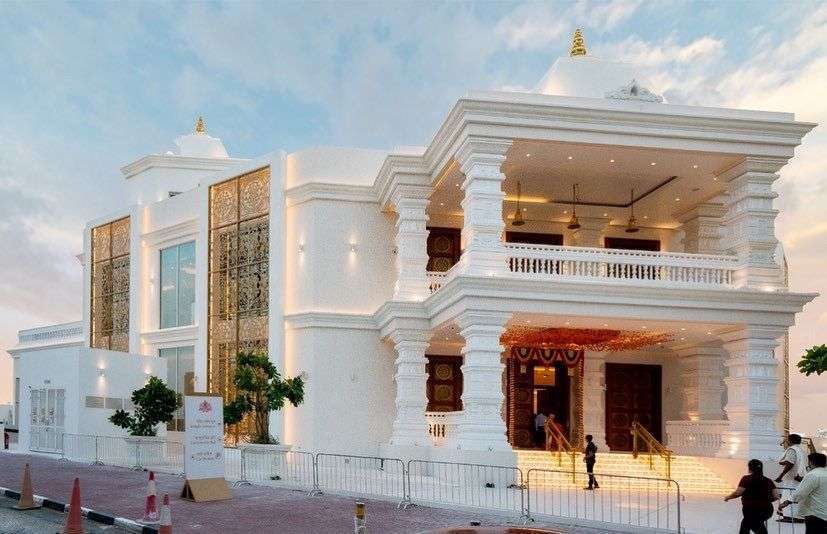 His Highness Sheikh Nahyan bin Mubarak al Nahyan, UAE’s Minister for Tolerance and Culture inaugurated the temple in the presence of over 200 dignitaries from different faiths and religions. The first worship village in the region showcases Dubai as a leader in religious tolerance and pluralism.

Ambassador to the U.A. E., Dr. Omar Al-Muthanna, the Chief Executive Officer of the Social Regulatory and Licensing Agency for the Community Development Authority (CDA), and Raju Shroff, trustee of the Hindu Temple Dubai®, officially welcomed devotees to the 70,000 square foot premises by monumentally lighting a lantern together to celebrate the opening. Over 200 dignitaries, ambassadors and local community leaders attended the celebration.

Heralding a new era of tolerance, generosity and inclusivity, the community-run Hindu Temple Dubai is a magnificent structure of devotion and coexistence. It has taken the Hindu Temple Dubai trustees three years to bring this dream to a reality. After one year of planning, as soon as groundbreaking began, Covid had struck the city. Against all odds, with the careful guidance and support of the Dubai government, construction continued over the last two years to bring this landmark to life.

Raju Shroff elaborated in his speech, “Despite Covid-19, construction timelines were not hampered because of the support of the Dubai government. The Hindu Temple Dubai is truly a remarkable icon of how receptive and compassionate the Dubai government is. The Emirati generosity remains. Whether it was in 1958 to launch the first mandir in the country to the Hindu Temple now – we are grateful to be in Dubai.”

The Indian diaspora has played a significant role in the success of the U.A.E., since they first came to shore in the 1920s. They have been brave pioneers, forging business and cultural ties that bind the social fabric of Dubai since 1958. Back then, community leaders such as Mr. Vashu Shroff and his family founded the first Indian Temple, finding its humble beginnings in one room. It was a home that welcomed the diaspora at large to come to find peace when they needed it and at the crossroads of modernity and tradition to ensure the preservation of our beliefs that would be meaningful for the future generation.

Mirroring this expansion, the Indian community saw an astronomical increase in our population from roughly 6000 in 1958 to the 3.3 million people that call it home today. This meteoric rise also breathed new life into every aspect of the economy, from business to tourism making Indians an immensely influential demographic in the region. With over 30,000 businesses ranging from small to medium and even multinational, the community assimilated seamlessly. What we are seeing now is a rich tapestry of interlaced traditions and heritage. Today, Dubai is famously known as India’s best city and making it India’s vital hub.

This impetus led to the birth of The Hindu Temple Dubai, an institution inspired, in part, by the legacy of His Highness Sheikh Mohammed bin Rashid Al Maktoum. The Temple will aim to mirror his visionary approach by laying the foundation for an establishment that will stand the test of time. A space empowered by a simple but moving thought, ‘For the people, by the people’ The Hindu Temple Dubai © stands as a monument of inner peace and a refuge where devotees can seek solace in divinity. The Hindu Temple is a beautiful marriage of two cultures. The showstopping piece is undoubtedly the duality of the traditional Hindu dome atop the Mashrabiya screens infused with the 3D-printed lotus symbol. The transparent dome extends to the sky while the Arabian architecture-inspired screens cast calming shadows through the room.

By incorporating white marble to adorn every inch of the Temple, it beautifies and reflects harmony and purity. The marble pillars and arches are also intricately handcrafted with designs and scriptures. To bring the Hindu Temple Dubai from a vision to a reality, renowned temple architecture consultant Mr. Subhash Bhoite brought his 45 years of experience to ensure every aspect was accounted for. The architects dreamed of a traditional Temple but contextualized for the modern world, imbued with Hindu motifs, driven by modern design with a blend of Emirati architecture.

Vaastu shastra played a crucial role in the eventual decision to create an octagonal shape with an east-facing entrance. The octagonal shape is steeped in Hindu mythology and represents the structure of the sacred Shree Yantra.

The Shree Yantra is the source of supreme energy, a divine powerhouse of energy and magnetic powers. Extremely sensitive, in Hinduism, this sacred Yantra is known to pick up specific waves of cosmic rays emitted by the Planets and other Cosmic bodies transforms them into positive advantageous vibrations and transmit them to the place it’s built. The energy emanated by the Sri Yantra effectively destroys all negative and unwanted energies present within the vicinity and replaces them with positive vibrations. This ancient symbol is very powerful because it is built with sacred geometry allowing it to clear the fog surrounding a person’s life.

Besides unifying across cultures, The Hindu Temple Dubai® has been working tirelessly to unify within the different sects of Hindu community as well. In the run-up to its official opening, over 20 grassroots religious communities within Dubai were invited to chant and bring positive vibrations alongside the Maharishi Sansthan group, who have been flown in from the spiritual mountain tops of Mount Abu.

By the end of the year, there will be a spacious community center where Hindu ceremonies including rituals and prayers can take place including weddings, naming ceremonies and janiyas (thread ceremony), with an option for catering. 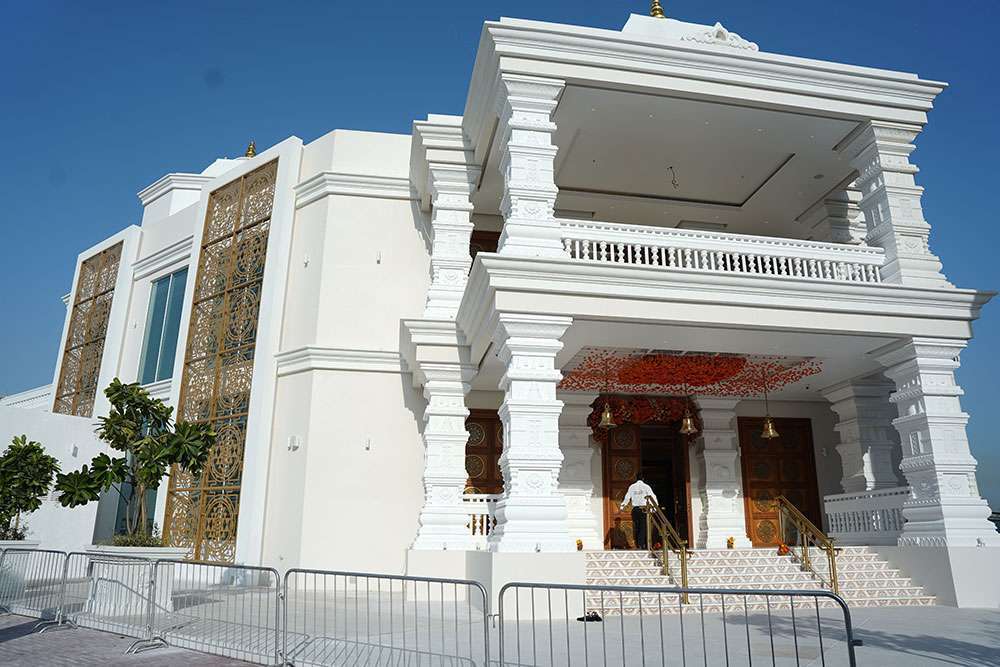